The Economist cites many examples as to why the speed of business, or its rate of change, will do nothing but increase.  Based on my experience, I certainly agree.  The world is continually becoming more connected, more intertwined.  Because businesses are subject to more rapid change than ever before, there are many types of organizational change you may encounter throughout your career.

A critical part of effectively managing change involves possessing a solid knowledge of the foundational types of change that commonly occur in many business organizations.

If you understand the reasons for and significance of the following general types of business and organizational change, you will have a significant advantage in managing the changes successfully.

Be prepared! Here is a quick but thorough breakdown of 4 major types of organizational change you definitely need to understand how to manage.

Notes and Quotes from the Field

The secret of change is to focus all of your energy, not on fighting the old, but on building the new.

what are the reasons for organizational change? (and a short history lesson…)

Growing up, I am fairly certain you knew (or knew of) many people who had the same job, or possibly the same career, for most of their adult life.  In fact, it may have been a rarity to know someone who had a distinguished career which included several jobs (or several careers!) at multiple companies throughout their professional life.

Here are some reasons why keeping the same job was a common occurrence in previous generations (click on each bar for more info):

So, what did all of this result in?

Historically, if you grew up in town, you probably had a long-term job opportunity in town.

If you could make a nice living and possibly retire doing it, what professional (vs personal) reason would one have to pick up and move?

Many, many people made the decision to stay put and it made tremendously good sense at the time.  If I were living during those times, I may have very well made that decision as well.

As you likely well know in today’s continually changing job market, it is rarely possible, and in some cases undesirable, to keep the same job throughout most or all of one’s career.

Not to mention those types of job opportunities are increasingly difficult to find. Why is that?

Here are some reasons for organizational change: 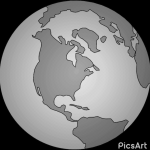 Companies continue to grow and diversify with global operations. 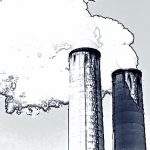 Manufacturing has moved and continues to move toward low cost labor areas of the globe.

Now, on with the actual types of organizational change…

Every industry is subject to change- some more than others.

Here is a quick list of the changes, followed by an elaboration of each type. 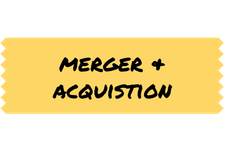 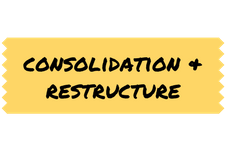 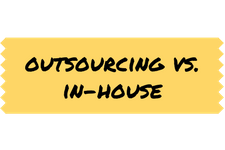 You typically see this with two companies within the same industry. They could be similarly sized, structured, or one company could be much larger than the other and/or offer a slightly different product or service. M&A’s occur for the following reasons:

1. There is an opportunity for the newly formed company to gain additional marketshare.

2. There is an opportunity to strengthen an offering with a specific product or service.

For example, the acquired company has a product or offering that the newly formed company will focus on with the new scale of the merged company.

3. One company is located in an area where the other company isn’t, which allows for global expansion.

4. You’ll see more of this in the future as well, one company wants something the other one has:

One company has management (people), technology, or intellectual capital (ideas, research & development, patents, trademarks, etc.) that the other company does not.

Here’s a quick video by a leading merger & acquisitions expert, Laurence Capron. In the video, she discusses the right way to evaluate M&A’s.

Around the 1:30 mark in the video, she makes some great points about acquisition vs development of in-house capabilities. Both strategies are examples of organizational change.

WHEN analysis of outsourcing vs in-house may occur:

1) During a new product or service introduction

2) When attempting to reduce manufacturing cost, operating expense, or overhead

REASONS for outsourcing vs in-house decisions:

2. In the opposite direction, a venture that is outsourced is brought in-house to add to core operations. That means the company owns the people and the product/service.  This occurs in situations where companies bring operations and services in house that readily become part of their core operations.

These are the 5 business areas the CFOs surveyed here anticipate a need for outsourcing:

CFOs are increasingly outsourcing these jobs to consultants http://t.co/i5lPHkPUeA

This type of change occurs WITHIN companies:

It may be influenced by something external to the company, possibly within the industry.  Consider companies and how they’re structured as living, breathing entities.

Consolidation and restructure can occur in the following ways:

Roles and responsibilities may report to different functions (to different groups within) in the organization. For example, an operations group could start reporting to finance or human resources.

This is a different kind of change that might be related to a new product rollout or discontinuation of a product or service, some of which could be long-standing.

A new venture could involve a new product or service. Sometimes these are introduced as concepts, meaning that they’ll be available for a limited time.  Other times they are introduced with the intent of a longer stay in the market but if customers don’t gravitate toward them products or services are discontinued.

Market conditions change: a product or service is becoming too costly to make or provide

Employee change: a key player is no longer there. If they were largely responsible for the success of a product or service, it may be discontinued

Leadership change: new leadership wants to take the company in a new direction

All of these are good reasons for a company to ‘exit the market.’

Remember, change is all around us.  The rate of change in our global economy will continue to increase and more than likely, you will see it occur in new and different ways.  That’s not a bad thing!

I hope that you have a better feel now for why much of the change occurs and the general types of change that companies experience.  In the global economy, competitiveness is key.  I hope that you feel armed with this information and begin to more closely see how the world economy manages change.

This site uses Akismet to reduce spam. Learn how your comment data is processed.